R-MOTORSPORT has confirmed a Castrol and BP-backed Aston Martin Vantage GT3 entry will be piloted by Rick Kelly, Scott Dixon and Jake Dennis in the 2020 Liqui-Moly Bathurst 12 Hour.

R-Motorsport will field a pair of the new Aston Martin Vantage GT3 entries in the race next year, doubling as the opening round of the Intercontinental GT Challenge powered by Pirelli.

While 2019 marked the swansong of the V12 powered Vantage GT3, 2020 will see the Bathurst debut of the current V8-powered car, battle hardened this year in the Blancpain GT Series.

Dixon has never raced at Mount Panorama, while double Bathurst 1000 winner Kelly has a best 12-Hour finish of second, in 2016.

24-year-old Dennis starred on the Mountain, topping the Pirelli Shootout only for his time to be removed due to a minor technical infringement discovered following qualifying.

Starting 10th, Dennis led the race in the closing stages and ultimately finished second to give R Motorsport and Aston Martin their best Bathurst result.

Castrol will feature as the major sponsor on the car, with additional support from BP.

The car and driver combination was unveiled prior to the outfit’s pre-Bathurst test at the Portimau circuit in Portugal – attended by all three drivers.

“I have never raced at Bathurst before, but I’ve watched races at the Mount Panorama Circuit back when I was a teenager,” Dixon said.

Despite his status as an IndyCar legend, the champion New Zealand driver is no stranger to long-distance racing and is a former outright winner of the 24 Hours of Daytona. 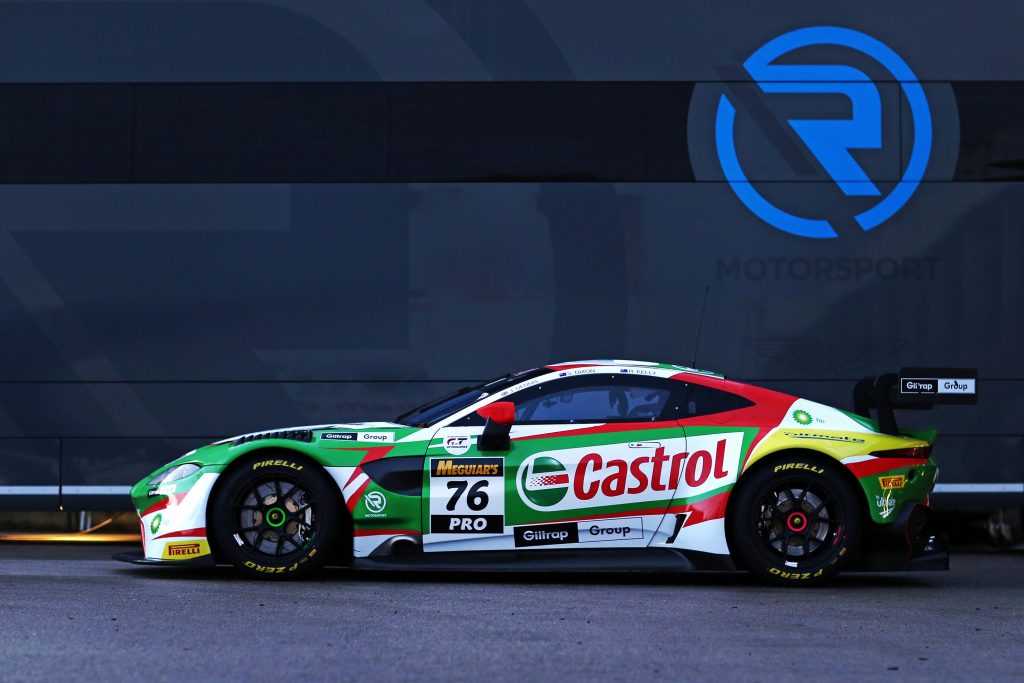 “What I like most about the circuit is the high commitment, especially across the top, the high-speed passages and then down the chase and all the way to the last corner. It’s much like a street course with the concrete walls and the very confined spots. You need an extremely good flow.

“I’ve done GT racing as such with the four Le Mans 24 hours races and other endurance events, but never GT3. I love doing the long-distance races. It complements quite well with the IndyCar series at the moment to do Daytona 24h and Sebring 12h, but also Petit Le Mans, which was the first endurance race I did back in 1999.

“Castrol itself is a very iconic brand. And it’s always been a great partnership with Rick Kelly. I know him from my years racing in Australia and I also teamed up with his brother to do the Gold Coast races back in 2010. Rick is a great guy. I haven’t had the opportunity to meet Jake Dennis yet, but I’m looking forward to meeting him. I’ve heard that he’s super fast and very good.”

Kelly has been targeting a return to the February Bathurst classic and has been intrinsic in piecing together the R-Motorsport program with long-time Supercars backer, Castrol.

“I couldn’t be more excited to be heading back to the Bathurst 12H and to be joining the R-Motorsport Team in the Aston Martin. Since my last 12h campaign in 2016 I have been keeping a close eye on the event with a keen eye to returning, it’s such a great event with many different challenges to what I’m used to in the Supercar at Bathurst,” he said.

“Most drivers would agree that visiting Bathurst just once a year isn’t enough, having the chance to push the Aston across the top of the mountain is something that I’m really looking forward to, in places where we are on the brakes in the Supercar, these guys are on the throttle. It’s going to be an awesome challenge!

“I have been working the R Motorsport Team in the background for several months now to piece this project together and they have been a real pleasure to work with, so I’m really looking forward to being a part of their Team at the event. It’s a real honour to also be representing Castrol and BP in the Bathurst 12H in the Aston Martin with R Motorsport. Both brands are great supporters of my Supercar’s campaign and are just as excited as I am about this project and the chance to head top the mount together once again.”

DTM star Dennis paired with Marvin Kirchhöfer and Matthieu Vaxiviere in the 2019 12-Hour, starring with his stunning lap in the Pirelli Top-10 Shootout and his drive towards the end of the race when the car was in contention for the victory.

“My memories from last year are mixed,” Dennis said. 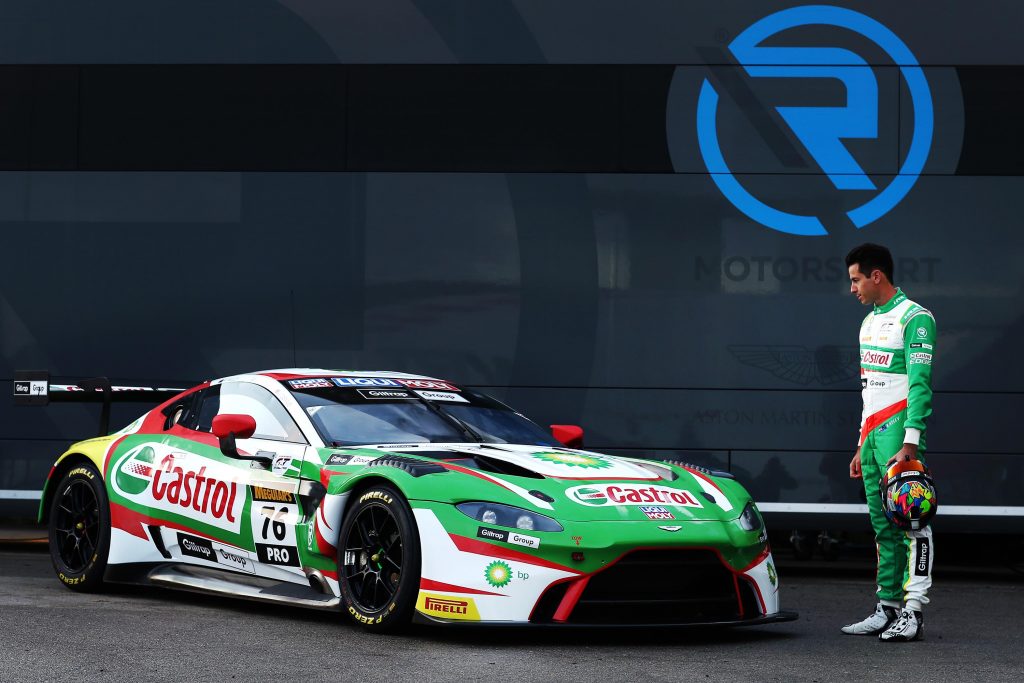 “The podium was good but I was super disappointed to lose out on the win with 10 mins to go. But if someone said to us at the start of the weekend that we would finish P2 with 3 rookies I would have taken it any day of the week. Having two experienced guys with me in the car is amazing and overwhelming. I can’t wait to start working with them and learn things off them. It’s a strong line up and I’m very excited to get things started there.”

“Also having a sponsorship like Castrol on board with us for Bathurst 12 Hour is incredible. The car looks amazing, I just hope it’s as fast as it looks! I would love to get into Superpole again. I managed to achieve the fastest lap last year and just to experience a lap at Bathurst by yourself is one of kind. You can’t get that anywhere else.”

Said Dr Florian Kamelger, Team Principal: “We are fielding the best possible combination of drivers at Bathurst with Australian Supercars champion and two-time Bathurst 1000 winner Rick Kelly, and Scott Dixon, who is a five-time IndyCar champion and winner of the 500-Mile Indianapolis, plus Jake Dennis, DTM newcomer and runner-up from 2019. We are delighted that stars such as Rick and Scott will be there to boost our efforts in the Bathurst project and would like to thank our partners, Castrol and BP, for their amazing support.

“They are the ones, who have made it possible for us to take part in this sensational race in the first place. After our excellent second place finish at the start of this year, another podium finish in the endurance classic in 2020 would be a dream result.”

R-Motorsport will confirm the drivers of their second entry in due course.