ASTON MARTIN will double-down on their efforts to secure a maiden Liqui-Moly Bathurst 12 Hour victory in 2020, matching their biggest ever on-track campaign with an expanded presence off-track as well.

As well as marking the Australian debut of the new Aston Martin Vantage GT3 race car, the brand joins Australia’s International Enduro as an event partner with an expanded off-track presence as well.

The 12-hour will also mark the Australian public debut of the new Aston Martin DBX, the brand’s first SUV.

On track, Aston Martin will be represented by highly experienced teams, R-Motorsport and Garage 59.

R-Motorsport will field a two-car squad in the professional class, headlined by the all-star combination of Rick Kelly, Jake Dennis and Scott Dixon in a Castrol / BP-backed entry.

Kelly is a former Supercars champion and Bathurst 1000 winner, while Dixon is the most successful IndyCar driver of the modern era with six series titles and an Indianapolis 500 victory.

Dennis burst onto the scene thanks to his starring performance in last year’s 12-Hour where he controlled the race until the closing stages, also setting the fastest time in the Top-10 shootout.

Garage 59 – named in part after Aston Martin’s victory in the 1959 Le Mans 24 Hours – will field cars in the Pro-Am and silver categories. Experienced drivers Côme Ledogar, Alexander West and Chris Goodwin will ensure the team is competitive in the closely fought Pro-Am battle.

Off track, Aston Martin will have a presence in the 12-Hour’s iconic ‘Manufacturers Walk’ area, as well as a large activation and display site in the Harris Park precinct – open to all fans attending the 2020 event.

The 2020 Liqui-Moly Bathurst 12 Hour will mark the first Australian public display of the Aston Martin DBX. Representing the marque’s first SUV, DBX signals a new era in Aston Martin’s pursuit to deliver exceptional performance, style and usability. The foundation of DBX is a new dedicated SUV platform. Utilising bonded aluminium, a construction method Aston Martin has refined through the development of its sports cars, the body structure is both very light and incredibly stiff, as well as designed to allow maximum room in the cabin. Its exceptional stiffness has enabled DBX to achieve exceptional dynamics both on and off-road. 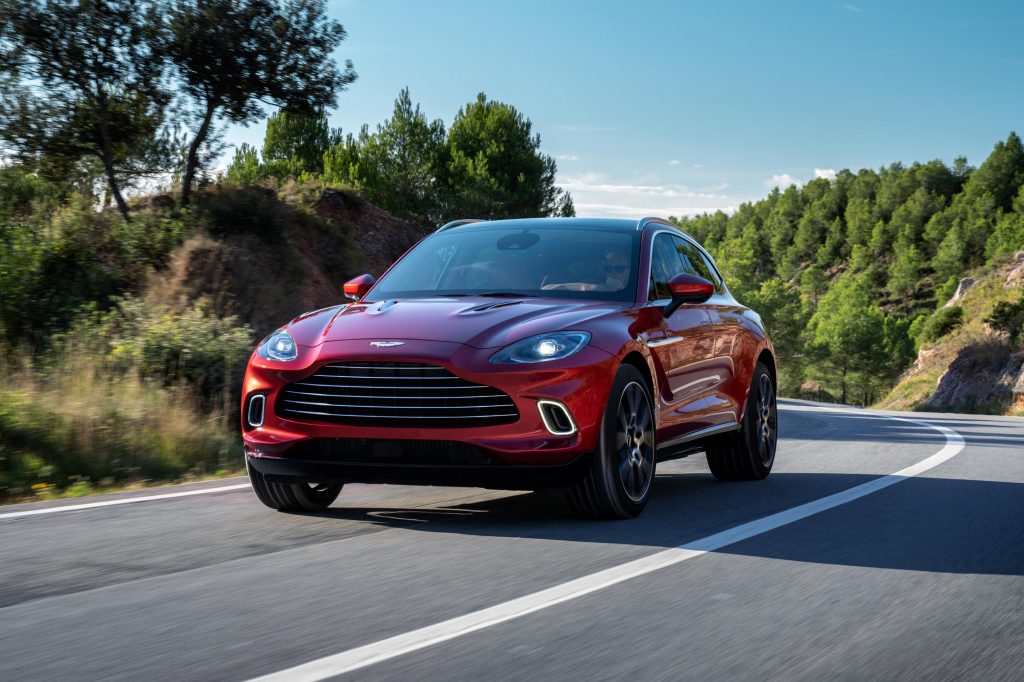 Powered by a new version of the characterful 4-litre, twin-turbocharged V8 engine found in DB11 and Vantage, DBX features an impressive output of 405kW and 700NM of torque, carefully tuned to meet the specific needs of this model. With a sound character that is unquestionably Aston Martin, the active exhaust system ensures this is a luxury SUV that can sound refined one moment and exhilarating the next. The engine’s versatility isn’t restricted to its vocals either; the turbocharged V8 has cylinder deactivation to enhance fuel economy, yet it can also propel DBX from 0 to 100kmph in 4.5 seconds and on to a top speed of 291kmph.

DBX will be on display at the Aston Martin activation site in the Harris Park precinct.